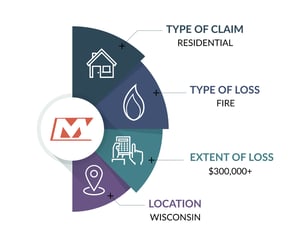 It was an ordinary Friday. The only thing that made it different from any other Friday was that a repairman was at Suzanne’s house. It was a good thing, too. He saw the smoke first.

He alerted Suzanne, and she came into the kitchen to see a faint curl drifting out the window. Unsure of the source — nothing was cooking — the repairman urged her to get out of the house. They went out onto the porch, and before she could turn to go back in and find her cat, the kitchen disappeared in thick smoke.

“It happened so fast,” she said. “I got out with the clothes on my back … sweatpants and a T-shirt, not even any shoes.”

Firefighters arrived, but it was too late to save the home that she and her husband had built 50 years before. It was the home where they raised two boys, and welcomed two grandchildren, four great-grandchildren, and one great-great-grandchild. It was where they gathered for family events, holidays and celebrations. It was where she cared for her husband when he got sick, and where she kept her youngest son’s collectibles after he, too, passed away.

“Standing there watching it burn, I just went numb,” she said.

It takes a long time for firefighters to fully extinguish a severe fire — long enough for the sales people to start showing up. Suzanne recalls the mitigation and board up reps rushing in, all competing for a job; the contractors and construction companies all promising their work is the best of the best. Standing on the curb in her loungewear and socks, numbed by her loss, she hired the contractor whose name she recognized. He would board up her house and manage her repairs.

The days that followed were no easier. Many decisions needed to be made.  Suzanne turned to her brother and sister-in-law for a temporary place to stay, emergency clothing, and support while she struggled to figure out her options and what her homeowners insurance policy would cover.

Then came the insurance company’s delays.

She started out working with one claims adjuster, then a different one was assigned, and he needed to re-do things his way. It took a month for her insurance company’s displacement vendor to find her a place to live. And it took three months for their personal property vendor to “complete” her home inventory. By then, construction had to wait. Winter weather could arrive too soon.

Suzanne decided to consult with a local attorney to see if he could help her move things along. She did not have grounds to file a lawsuit, though, so he referred her to David Miller at Miller Public Adjusters.

“I’m very appreciative of the attorney who recommended David. I know I wouldn’t be where I am now without him,” she said.

David’s insurance company treated him unfairly after a house fire, too, so he knew how Suzanne was feeling. After reading her policy and reviewing her damages, he discovered the insurance company’s delays were not the problem. In fact, their delays turned out to be a blessing: it gave Suzanne the opportunity to get her claim reviewed by an experienced public adjuster who would look out for her best interests.

The plan — before Miller Public Adjusters received Suzanne’s claim — was to repair the house. Mind you, she had a severe fire. Certainly, the brick exterior walls, and the concrete walls and floor from the basement, were still there. And certainly, smoke, soot, toxins, and the acrid smell of fire saturated every square inch of them. Suggesting the ruins should be painted and re-used to reduce the claim cost is just plain wrong. Yet that is exactly what would have happened had Suzanne not sought expert help with her fire damage insurance claim.

“The insurance company wanted to restore my house, but David said the fire smell would never be gone, that we needed to build a new house,” she said.

Like most property insurance policies, Suzanne’s homeowners policy provided separate coverage limits for each coverage section: her home (aka dwelling); personal property; loss of use; etc. Think of these policy sections as buckets of money, each filled with the maximum recoverable amount for damages by section.

When David was done writing a proper scope of loss, re-valuing the costs to properly repair Suzanne’s home, and pointing to the policy provisions that supported his demands, Suzanne’s insurance company agreed to pay the policy limit for her home. Bucket 1, maxxed.

Miller’s in-house personal property specialists and adjusters also reviewed the home inventory that Suzanne’s insurance company received from their network vendor — yes, the one that took three months to “complete.” There was nothing recorded from either the garage or basement.

“The inventory people were totally inept at their jobs,” she said.

David amended Suzanne’s personal property damages to include her sewing and art rooms, son’s collections, office, plus all the stored and seasonal necessities that rotated in and out of her basement through the years. By the time he added the garage, Suzanne’s insurance company agreed to pay the policy limit for her personal property, too. No depreciation. No haggling. No receipts required. Bucket 2, maxxed.

And so it went, bucket by bucket, until David and his team maximized the coverages available in each section of Suzanne’s homeowners insurance policy. In addition, he  discovered that, because Suzanne reached the limit on her building, her policy entitled her to recover for damages over and above the limit — a valuable policy provision no one had mentioned to Suzanne before.

“David knew what to do, what the next steps were. And he made sure they paid,” she said.

It took some time, but Suzanne is settling into her new home, eager to replant some of the perennial gardens she lost. Built on the same lot, the new house looks nothing like her old house did. The footprint is different, the foundation is 18 inches higher, and the walls are sided, instead of brick.

Suzanne said she is asked to tell her story often. “When I get to the part about Miller Public Adjusters, everyone always asks, ‘What’s a public adjuster?’” And she is very happy to tell them. 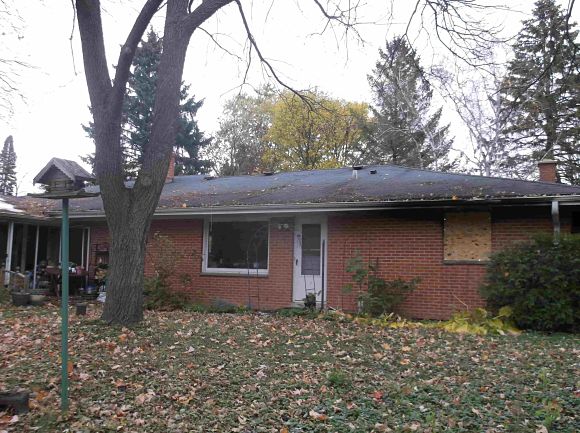 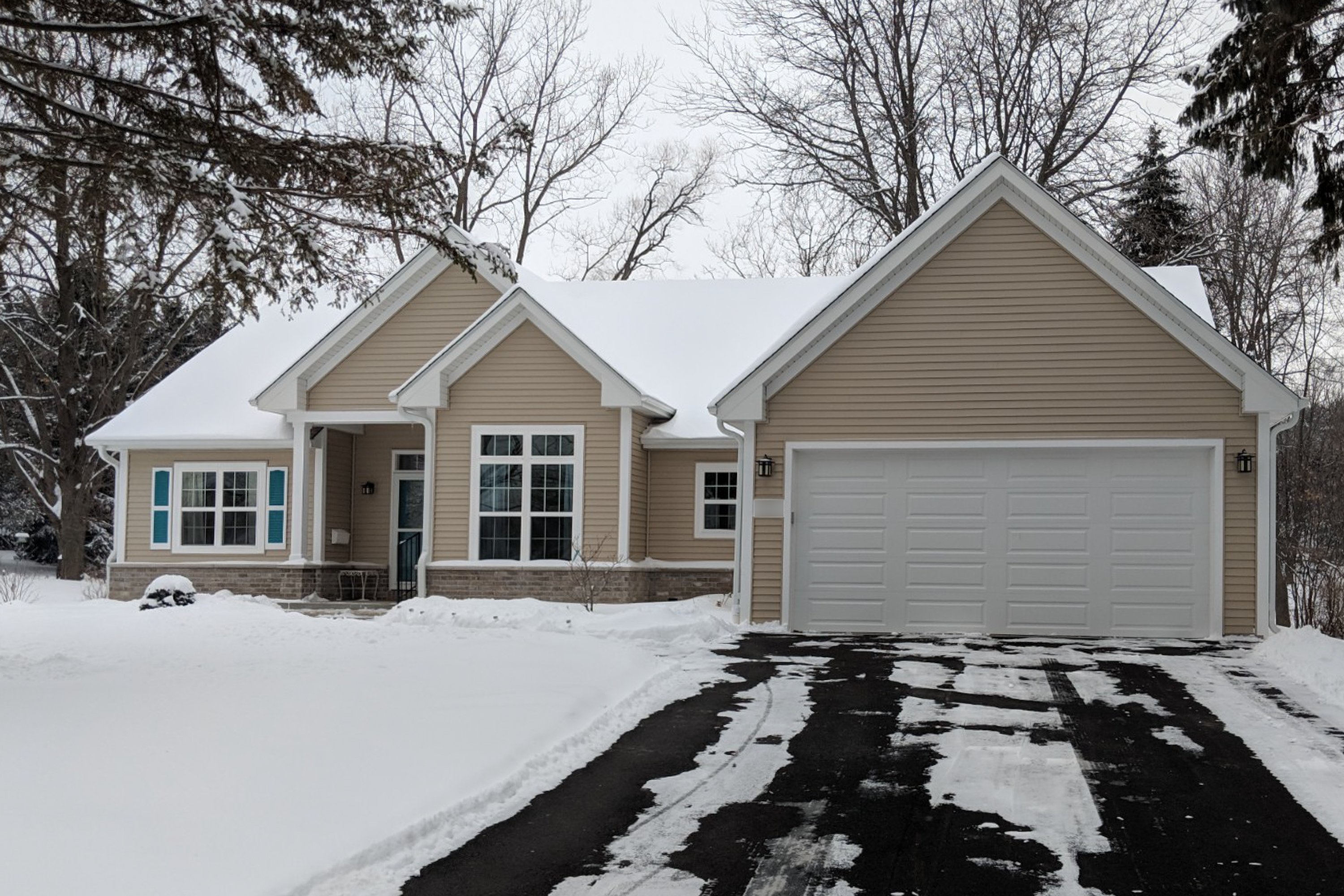